Leave it to the old woman Slow to bring back something useless from her trip to the Blue Ridge Mountains with Pretty.   Tonight!  Go Where Glamour Is…where the hell did she find this old blast from the past?

Oh, Brother.   Who is she kidding?   Her idea of Glamour  is lost somewhere in the 50s but she acts like she’s brought home the Treasure of the Sierra Madre which is a movie that none of her Glamour Girls was in because it ranked somewhere above the B movies these Female Peeps on this poster made.   Hmmm…let’s see…From Julia Adams to Barbara Stanwyck these 25 beauties are an alphabetical combination of Star Power-Less  to Star Power-ful in their day.   In their day being the operative phrase.

Ann Blyth co-starring in “All the Brothers Were Valiant.”   Ok.  Everyone who knows who Ann Blyth was please raise their hands or paws.   Counting…counting…that would be one in our family.   Put your paw down, Smokey Lonesome Ollie.   You misunderestimated the question, you idiot.   The only one who knows anything about Ann Blyth is Slow and that’s not a compliment.   Sigh.   Ollie is pathetic.

I’ll give her Ava Gardner, Marilyn Monroe and maybe Debbie Reynolds since she played Grace’s mother on Will and Grace in a more recent role on TV.   But it goes downhill in the memory bank when you try to remember Pier Angeli, Debra Paget and Ruth Roman.   Oh, well.  Luckily I don’t have to pass a test on any of these movie stars’ films or real names.   I’ll just let the old girl have her Glamour night pictures.   Pretty humors her with them so I might as well.

Yes, Pretty pretended to be all interested in Ruth Roman and the elaborate story Slow was telling her about the time her Uncle Marion was an extra in a movie filmed in Colorado called  Great Day in the Morning.  The old woman’s  whole family went to the Miller’s Theatre in Navasota, Texas when it came through sometime in 1956 and watched breathlessly for the  2 seconds her uncle was visible and practically got thrown out when her grandmother shouted that was her son up there on the screen and he must be a movie star when in reality he was in Colorado with his geiger counter looking for gold when he landed his “starring” role.   Geez Louise.   Slow’s whole family must’ve been as daffy as she is.   Genetics.

Well, it’s Friday night and it appears Slow and Pretty are headed to the real movies to see Glenn Close in a movie called Albert Nobbs.   Now Glenn Close is what I call 21st century Glamour and I have to say she looked great at the Oscars, too.   Paw Snaps!   Frankly, I’ll be glad to see the Peeps leave.  If I play my cards right, I may have the bed to myself while they’re gone.

Get me outta here, Percy.  Have a great weekend, Sports Fans!   Go find your own Glamour and enjoy… 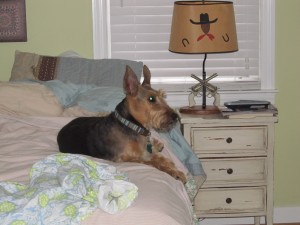 One thought on “Tonight! Go Where Glamour Is…”