In the interest of unselfishness and in response to the many requests I’ve had from my followers, The Red Man has decided to feature a Member of our Pack who apparently gets overlooked in our pictures and stories.   Well, actually the only one who’s mentioned it is Pretty, but then, when Pretty wants something, we try to oblige to keep the Pretty Pets coming.   So tonight we’re sending a big Shout Out to Tennis Ball Obsessed Chelsea, the Black Lab who came to us by way of Pretty’s son who was young and unreliable and unable to take care of his puppy purchase at the time we adopted Chelsea.   Sad but true.   Another case of a grandmother rescuing the perishing. 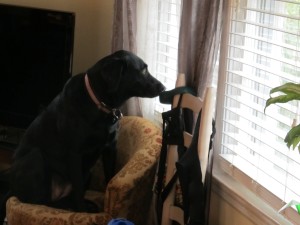 Five years later, here she is at her favorite spot in the living room of Casa de Canterbury.    Keeping watch over her flock and/or being a busybody, whichever you prefer.   She LOVES that chair ALMOST as much as she loves her yellow tennis balls and FOOD. 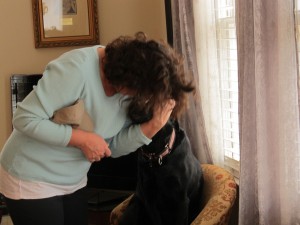 And Pretty loves her ALMOST as much as she loves The Red Man. 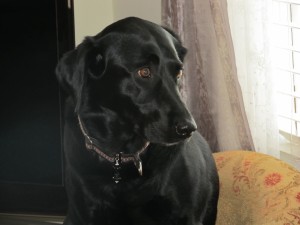 She’s good looking.   I’ll give her that. 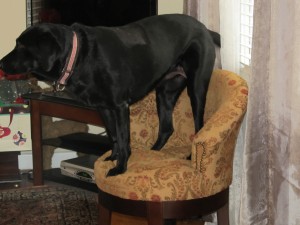 But she ain’t the Brightest Bulb in the Pack.   She has a hard time figuring out how to get down from her favorite chair every time she gets in it.   It’s on Rollers and she panics when she stands up to get down.   Seriously.   Every time.   Wow.  Amazing.

So, Sports Fans, I’m donating the hour I lose tonight as a result of Father Time’s springing forward to Chelsea.   I’m sure she needs it.

Why don’t you think about giving your hour to somebody who could use some extra time along life’s way?   It’s later than we think.