Well, Amigos, The Red Man has been whisked away to South Carolina one more time by the old woman Slow and Pretty!   Yep, Pretty flew down to Texas Saturday night after finishing up her work at the Mast General Store and we loaded up the still-ticking Energizer Bunny Dodge Dakota Sunday morning with pills and paperwork and suitcases and everything else Slow could cram into the pickup bed and back seat and we were off like a herd of turtles.   Pretty drove the thousand miles from Worsham Street to Canterbury Road because Slow makes her so nervous when she’s at the wheel, but Slow did her part by talking nonstop with Pretty.   Geez Louise.   I almost didn’t mind riding in the back seat for once.  That old girl loves the sound of her own voice, if you catch my drift. 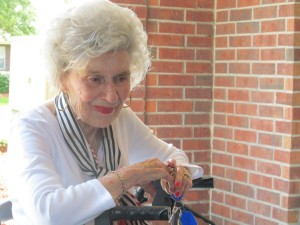 Aunt Sweetie Pie is 92 years young and can tell you anything you need to know about pop culture, politics and people in the news.   Yessiree, she and Pretty like to talk about Books and Movies and Downtown Abby or something like that while Slow gets going on a story about funerals and family.   Once you leave Deputy Chief Brenda Leigh Johnson on The Closer and Law and Order: SVU topics, you’re just as apt to lose Slow UNLESS you want to hear a lengthy discourse on her mother’s first cousin C.H.’s funeral  Saturday.  Once she has an audience, you can’t get her to shut up.

If you guessed Spike, the Worsham Street addition, you would win the prize.   Shit house mouse.   I couldn’t believe my eyes when Slow coaxed him into the back seat for our trip.   Sigh.   Looks like we’ll never get rid of him now. 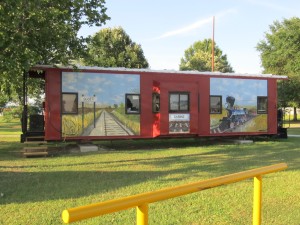 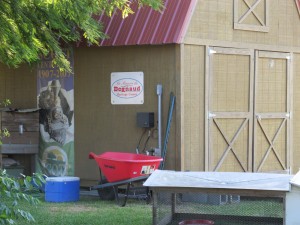 Spike and I liked the stop in Scott.   It was good to get out of the back seat for a few minutes.   The place we stopped was nice and we had a good walk.   I tried to tell him we were just getting started but he was clueless.

We even managed to make a run at some ducks on a little pond there and that was the most fun we had on the whole trip.   I wish I was kidding about that.   We crossed southeast Texas and LucyAnna Sunday and kept on truckin’ across MissyPrissy until we reached a La Quinta somewhere over the rainbow at midnight.   I was totally exhausted and hit the bed as soon as I ate, but Spike was new to the motel scene and acted like a  junkyard guard dog barking and carrying on at every little sound.   Swell.   No rest for the weary.  I hate it when I can’t sleep in a motel in the middle of a marathon trip.   Goodbye sweet dreams.

Finished with MissyPrissy early Monday morning and then chugged on across AliBaba and had a rainy afternoon in Georgia but made it to the finish line in Columbia about dark-thirty last night.   Whew…how glad was I to get out of the truck and into my favorite chair…

Welcome Home to The Red Man 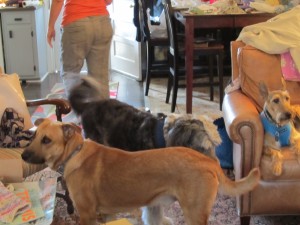 Plus a Pair of Bitches 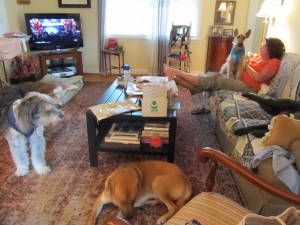 Paw Licker Annie in dog bed on floor next to TV

Well, Sports Fans, that’s the update for tonight.  Would love to chat a little longer with you, but I’ve got to claim my place on the bed because it gets a little bit crowded around Casa de Canterbury.   Catch up with you later.  Thanks for hangin’ with us. 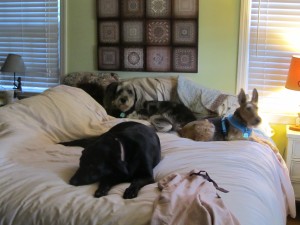