Well, Sports Fans of Olympic Proportions, I see we have a Gold Medalist who has self-proclaimed he is a living legend and the greatest athlete to live.   That would be Usain Bolt who must have heard one of the old woman Slow’s favorite quotes that whosoever tooteth not his own horn the same shall not be tooteth.

First man to win in both events in successive Olympics

The Red Man Salutes Your Amazing Feat with Paw Snaps and Barks and Twirls!

The Red Man remembers another Super Pathlete who was quick to praise his own prowess.  I’m the greatest, I’m a bad man and I’m pretty!  Muhammad Ali announced to an admiring world in his heyday.

run, run, get around, you get around a track in a hurry

And if you want to see a  run long enough for the fans in the bleachers at Casa de Canterbury to actually catch a glimpse of anything other than a blur,  take a look at the 800 Meters and Gold Medalist David Rudisha of Kenya where they practice on gravel tracks and are coached by an Irish Priest   Shit house mouse.  How fast would he be if he had a regular track to practice on?

A Warrior with a Great Smile and World Record Time

The Red Man sends Gigantic Paw Snaps to you for your Medal and Record! 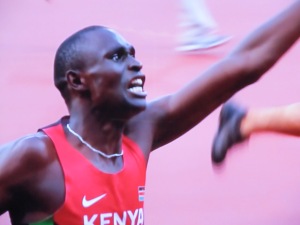 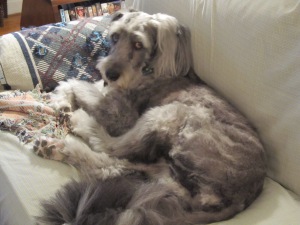 Even Smokey Lonesome Ollie watched Day Thirteen of the London Games and no one is sure what event moved him to abandon his usual prone position on our king-sized bed upstairs but here he was acting fairly normal with the rest of us.   Never forget he has one blue eye and one brown eye and Yours Truly thinks he ain’t right and will never be really normal but at least he felt like pretending.   He seemed to train his brown eye on the women’s platfrom diving. 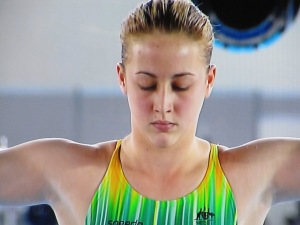 The Red Man salutes your Olympic heroics with Paw Snaps and Barks and Twirls!

The Red Man awards you many Paw Snaps for your

Well, Amigos we roll on and I’m not sure how many more days of Olympic  excitement are left for us at Casa de Canterbury, but I need to secure my place to lay my weary head and addled brain which has been overextended during the Summer Olympics.   Get me outta here Percy…I see three places already claimed and Slow is going to be odd man out tonight if she’s not careful.   I know I’m not budging. 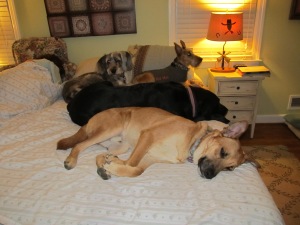 and Yours Truly The Red Man