Well Sports Fans the finals of the US Open Tennis Tournament this year have been Memory Makers as Granny Selma who was as old as dirt used to say before she lost her memory.   Yessiree, the women played a nailbiter and the men matched ’em when they left left it all on the hard court yesterday.  The Red Man admires a Quick Start like Andy Murray got off to but he really is a sucker for Grit and Perseverance and Stamina and Never-Say-Die Guts like both Andy and Novak Djokovich showed in the Super Long battle on Center Court.    Trackin’ and Whackin’ a tennis ball around for five hours in the New York City winds from hell require more than most of us can muster up in a good year, but never “misunderestimate” the heart of a champion and we saw two of the best go at it with gusto.   In the end, Djoko lost his Mojo and Murray caught the brass ring and a silver trophy to go with it. 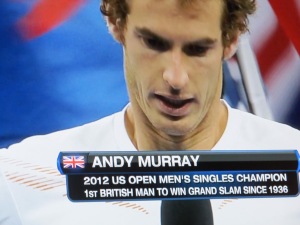 Seventy-Six Years Is A Long Time Between Winners 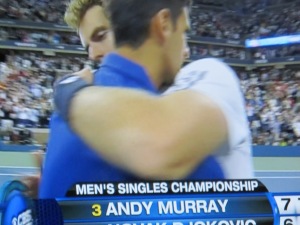 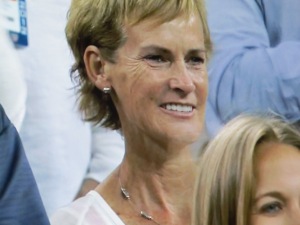 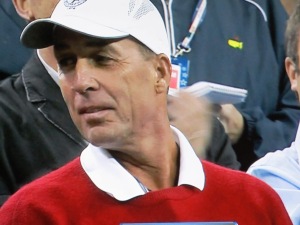 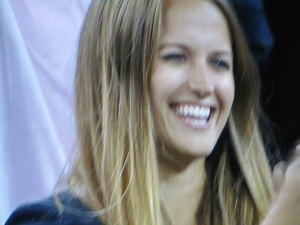 Andy’s Girlfriend Kim Sears Was Thrilled When He Won 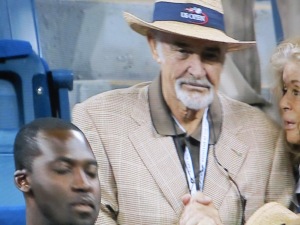 James Bond Was In Andy’s Corner

(He was disguised as an old man in a souvenir hat) 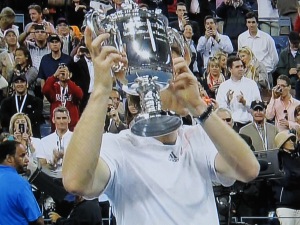 To the Victor belongs the Spoils and a nifty 1.9 Million Dollars to go with them…The Red Man salutes Andy and sends Paw Snaps to him and his Team and his supporters!