…the Ol’ Ball Coach Steve Spurrier who’s the Mind behind the Magic of ten straight wins for the Gamecocks and three straight wins over the Georgia Bulldogs.  Paw Snaps Big Time for the Cocks!  Nothing could be finer than to be in Carolina at Williams Brice Stadium for Saturday Night Lights… 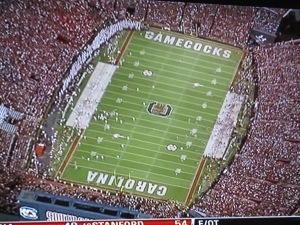 ESPN Game Day was in Columbia this week, and Pretty told the old woman Slow the whole town was in an uproar with the TV cameras everywhere and Brent and Herb and Lee Corso doing the Show at the stadium earlier today…Big Deal.   Lee picked the Cocks to beat the Dogs and it turns out he was right.

Who let the Dogs out?   Evidently nobody.  Heh, heh.   My little joke for the night.

Sorry, Uga – Rough Night to be a Georgia Mascot

Seriously, Dude – what’s with the drool?  That look is so not workin’ for you.

Yep, the Ol’ Ball Coach knows how to draw up the game plan, but he’s got to have the right Cocks to make it work for him and he has some good ones… 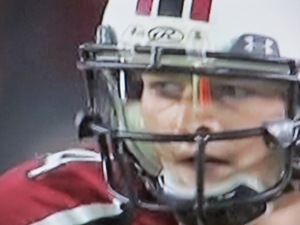 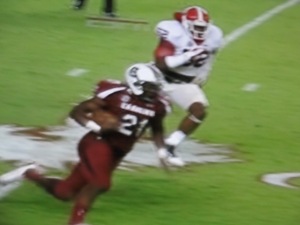 And on defense, remember The Red Man’s personal favorite Cock is Jadeveon Clowney.  The guy is a Monster for the Big D and Slow says he’s as good as Julius Peppers was when he played for the Carolina Panthers many moons ago when Slow and Pretty went to the Sunday games, too.  See, they really are lesbians after all.

But football games are mostly won in the trenches and Paw Snaps and Twirls and Barks for the lines on both sides of the ball tonight.   They were kickin’ ass and takin’ names…and they made the number 5 team in the country look like L-O-S-E-R-S.  Go get ’em Guys – you’re the Best Cocks we’ve got!

Out coached and out played was the Name of the Game in the 35 – 7 rout for the Cocks over the Bulldogs.  Pinch me.  I feel like I’m in Football Nirvana and I keep dreamin’ I see Connor Shaw throwin’ the ball WAY down the field to the End Zone over and over again… 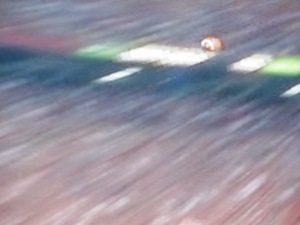 Hot Damn – get me outta here Percy – that ain’t no dream – that’s reality!!

2 thoughts on “And The Game Ball Goes To…”