Okay.  I admit it.  When push came to shove, I really didn’t care who won Super Bowl XLVII today which is unusual for The Red Man who typically has a favorite team   I pulled halfheartedly for Baltimore because of the Chris Culliver episode on Media Day earlier this week, but I won’t go into that again tonight.  Of course the old woman Slow would NEVER miss the Super Bowl, and I confess  I was hooked right along with her from the pre-game ceremonies to the presentation of the Vince Lombardi Trophy afterwards.  Here’s why…

with the Sandy Hook Elementary Choir

Our Heroes in Afghanistan were watching, too

Paw Snaps and Twirls to all of you at Camp Courage

The Red Man is grateful to you 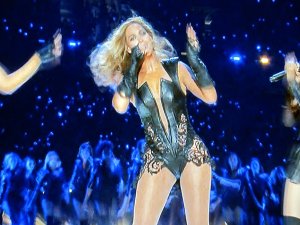 As our Dutch friend says, Americans know how to do Spectacles 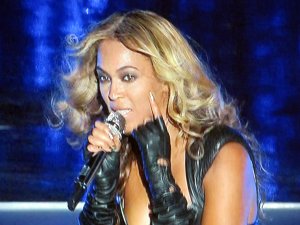 Oops – did I already mention Beyonce??

After a weird 34-minute delay in the second half,

the 49ers decided to play football.  Game on.

If you win it, then they’re gonna put a ring on it

Get me outta here Percy…football season’s over for the year and we’ve had a great time, but we are movin’ on down the line…stay tuned, Sports Fans and get ready for Monday mornin’ quarterbackin’ at the office tomorrow…