Well, Amigos, life is good again.  The French Open started Sunday in Paris at Roland Garros and the old woman Slow is thrilled to have Rafa Nadal back on the clay courts   He was out of action for the past six months because of injuries and she bemoaned and whined about his absence from the lineup every day of the Australian Open. 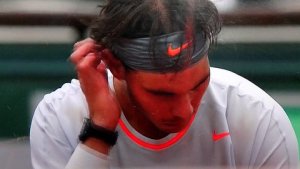 Speaking of Australia, none of us at Casa de Canterbury were surprised to read a survey of the Top Ten Happiest Peeps in el todo mundo which is Spanish for the whole world and found that Australia ranks Number One for Happiness.  Congratulations to all of our Aussie Amigos which we find to be totally happy.  Following Australia in order of happiness on the index are Sweden, Canada, Norway, Switzerland, United States, Denmark, The Netherlands, Iceland and the United Kingdom.  The Red Man agrees with this ranking and considers himself lucky to be at the Inn of the Sixth Happiness. Hmm…the list seems top-heavy with cold climates.  Is there a correlation between bundling up and happiness?  Perhaps this index needs more detailed information next year, but we say thanks to Cristina Popa of Communication for Development for publicizing the index on her blog today.  She knows something about everything – just like The Red Man – only she has real facts which we don’t usually have.

We’ll enjoy our break from Law and Order: SVU and NCIS for a couple of weeks and Pretty will be hoping that Roger Federer wins The French while Slow loudly cheers for Nadal.  Sometimes I’ll need to go for a walk for a little peace and quiet. 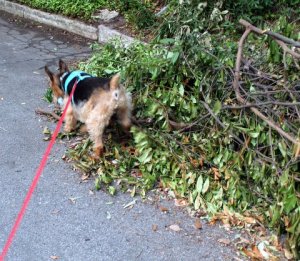 31 thoughts on “Welcome Back Rafa!”