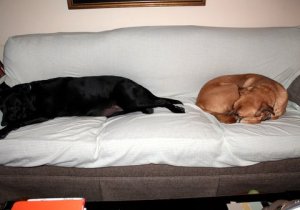 and then snoozed for the first few games on the sofa while the old woman Slow paced.

What was I thinking?? 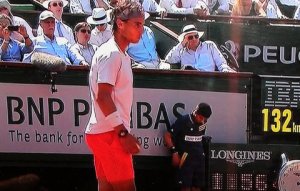 Hmmm….what should I do here?

How far can I slide?

Are you kidding me? 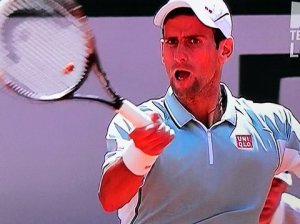 If I hit this in the net, I’m going to cry 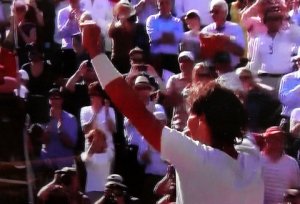 In the end, five sets later, Nadal raises his hand in the Victory salute

The Red Man always yields his chair to Pretty when she’s home,

and then Pretty lets me sit in her lap.  Heaven.

Thank you very much

Well Sports Fans the excitement of the match was almost too much for us here at Casa de Canterbury but Slow was beside herself when Rafa won the nail biter.  She took so many pictures it made me very nervous.  I don’t like all that clicking and flashing while I’m sitting on Pretty’s lap.  Pretty calls her the Ansel Adams of taking pictures of a television screen.  A dubious honor.

Get me outta here Percy…Paw Licker Annie is at the groomers and I need to join the rescue party….