Cameras ready,  red carpet dry, celebrities in full bloom …it must be Oscar night at Casa de Canterbury!  Whoopee…yawn.  Another year, another Big Awards Show.  Be still, my heart. No seriously – be still or Pretty will throw you out of the bleacher seats.  Heh, heh.  That Pretty.  She loves her some movies and a good Awards Show.

Julia Roberts on the red carpet – she was nominated

Charlize Theron in front of Oscar she wasn’t nominated for

(wearing Dior and accessorizes with a 31-carat diamond necklace)

So it was Ellen Does the Oscars Night in Hollywood for this year’s last hurrah for the Awards Seasons.  At our casa held together by my two favorite lesbians the old woman Slow and Pretty, having Ellen host the Oscars is like having the Pope give a papal blessing from his balcony in the Vatican.  Amen, Sisters!! 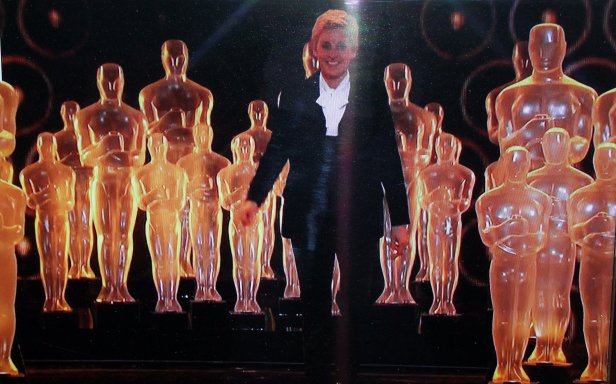 (she’s got Happy written all over her face – and why not?

Highest number of viewers for this telecast in a decade) 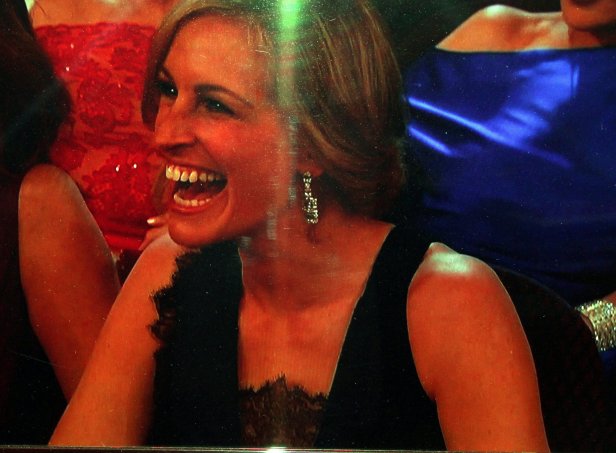 I’d rate Ellen an A+ for her opening monologue and festive attire. Leave it to the Head Lesbian to not wear a dress.  Yikes!  The mind reels with the image of Ellen in a dress.

Now that’s funny.  The Red Man thinks she’s gone a little too far over the rainbow in this dress which she wore after a person named Pink sang the classic tune from The Wizard of Oz in honor of the 75th Anniversary of Dorothy and her yellow brick road. 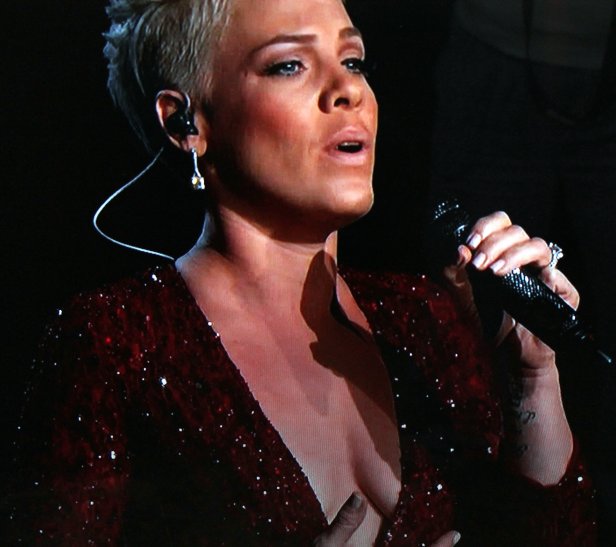 Pink sings Somewhere Over the Rainbow

(just beautiful – oh yes and the song, too)

Bette Midler brought her A game

Thank God for you, Bette –

you’re still the wind beneath The Red Man’s paws

Ellen ordered pizza for anyone who was hungry

(and/or the most famous) 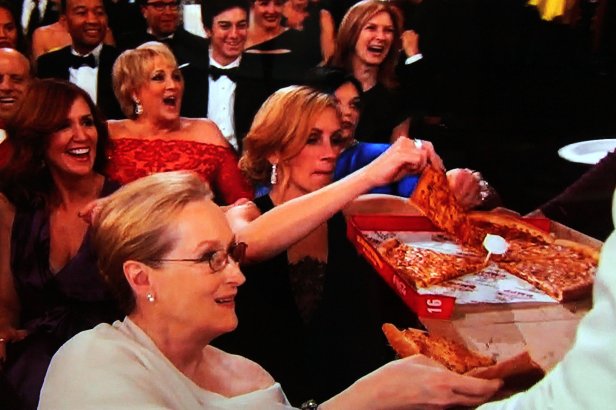 Next she gathered a group for a Selfie

And so Amigos, this is what we’ve come to at the Oscars – Ellen tweets a Selfie to a gazillion people watching all over the world – and the Tweeter burps.  A minor hiccup with a speedy recovery but nevertheless a blip on the radar screen of cyberspace.

And btw, as the evening wore on and the Celebrities snacked on pizza, Pretty licked her Sugar Daddies. Heh, heh.  For those of you who are clueless about Sugar Daddies, they are caramel candies on a stick and you can buy them at the Mast General Store where Pretty works downtown on Main Street.  She loves them.

The old woman Slow was our photographer for the evening and is clearly still not the Ansel Adams of digital camera pictures.  Shit house mouse.  Can she do anything right?

And as everybody who had anything to do with the Best Picture 12 Years a Slave crowded around director Steve McQueen and producer Brad Pitt as they clutched their golden statues, the curtain came down on another Awards Season.

Bravo! Paw Snaps and Twirls to all the Winners and Losers wherever they may be celebrating or commiserating – it was a great year for the movies and…

The Stars were shining bright

In the skies over Hollywood tonight.