So March Madness ended in April for the Lady Gamecocks at the Final Four in Tampa, Florida with the elimination game against the Fighting Irish of Notre Dame. Final Score: 66 – 65. Another heart attack finish – only this one went the other way. Coach Dawn Staley’s team went down with the same come-from-behind spirit they had the entire season – and The Red Man would like to thank Chica Amiga who tuned the TV to ESPN so that the Pack could catch the excitement…because, of course, we were NOT included on the Tampa Trip with the old woman Slow and Pretty. What’s up with that, Pretty?

and ended up winning it all.

The good news, Sports Fans, was the Gamecocks did have one HUGE WIN in the Game Day afternoon activities. Guess who was the Number One Mascot in the all-important Mascot Competition? 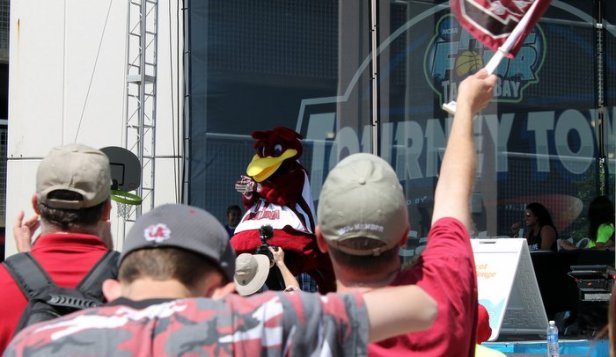 The One and Only Cocky stole the show!

The Red Man salutes Coach Staley and the Lady Gamecocks for their valiant efforts this past year and awards them his highest honor which he is just making up this very minute:  The Order of the Palmetto Paw Snaps and Twirls. Congratulations to the team for being the inaugural winners of this soon-to-be prestigious award. We would like to provide the appropriate trophy, but we are after all in cyberspace so it’s an imagine the best trophy you could have Lady Gamecocks – and that’s the one The Red Man sends you. 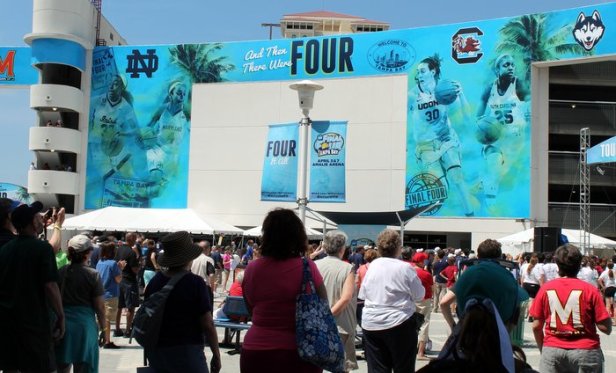 Get me outta here Percy…it’s the weekend, round ball is over and I’m feeling the need for my disco nap. Have a great weekend, Amigos!