Well Amigos – the Red Man’s view from The Middle for the 2016 Olympics in Brazil is very similar to the front row seats he had at Casa de Canterbury for the London Olympics in 2012 so you know we’re in for a wild ride for the next two weeks…shit house mouse…let the games begin! 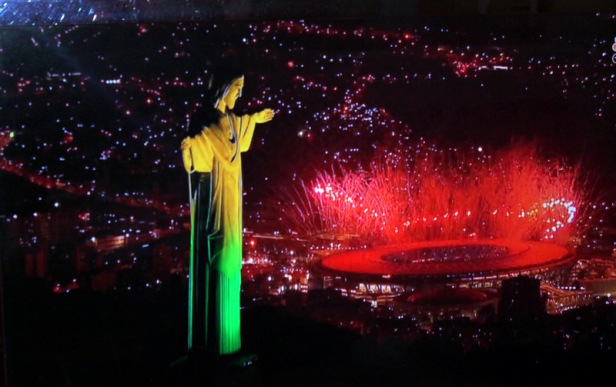 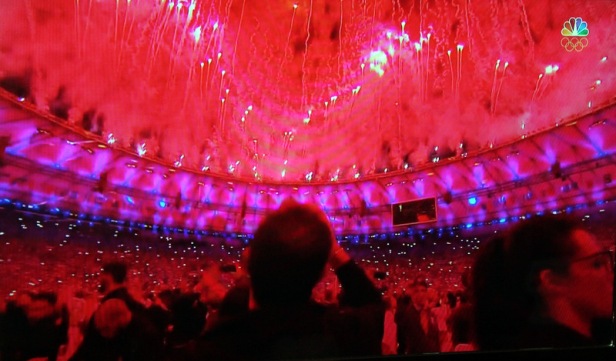 Maracama Stadium lit up inside, too 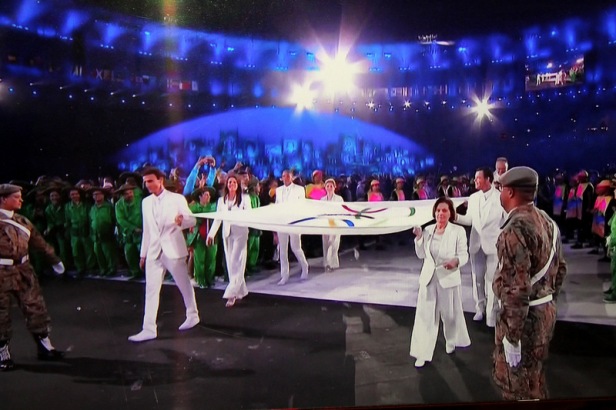 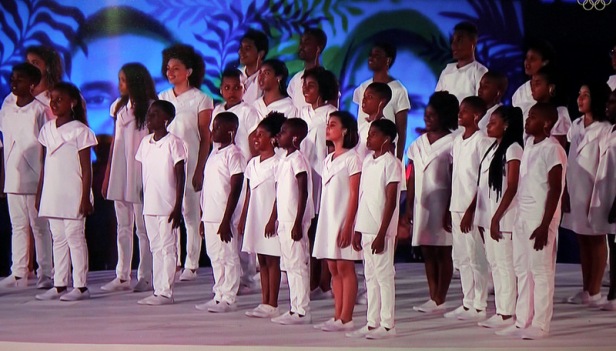 Athletes in arena take it all in

where certain people claim to be superior to others.

Here is our Olympic answer.

We welcome our Olympic Refugee Team.

You had to flee from your homes because of

violence, hunger, or just because you are different.

In this Olympic world we not only tolerate diversity,

but we welcome you as an enrichment to our 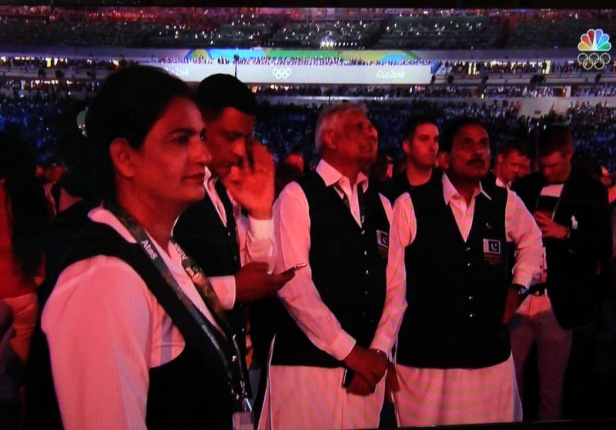 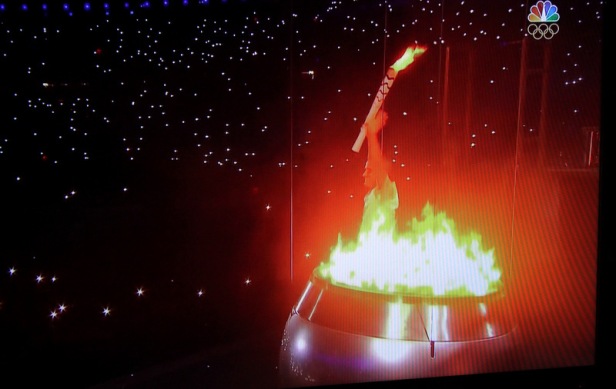 So Sports Fans, after much ado, we are off and running in Rio and the first gold medal awarded today went to the USA  for you won’t believe this but it was in the Women’s 10M Air Rifle Sharpshooting  event. The Red Man sends Paw Snaps and Twirls flying all the way down from The Middle to Virginia Thrasher for her medal and no disrespect to her at all but what a crazy year to have the USA win for sharpshooting in the Olympics. Verdad? Which is Spanish for no kidding?

So Sports Fans, I checked in at Casa de Canterbury to see if the old woman Slow and Pretty stayed awake for the ceremony in totality and found them, as you would expect, thinking the Samba dancers were hotter than the Olympic torch …Sweet Lady Gaga and Saint Peter at the Pearly Gates. 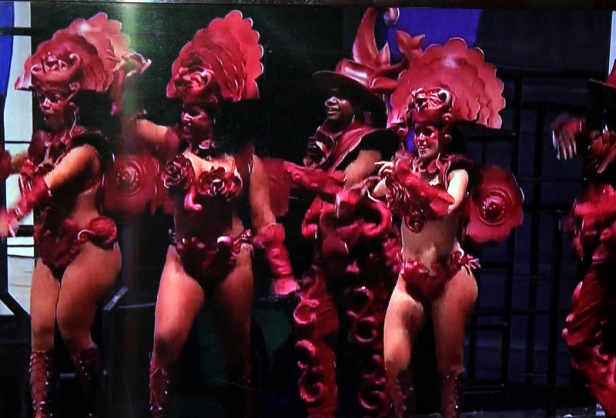 Alrighty then. So Sports Fans, stay tuned for your Red Man’s almost up-to-the-minute Olympic news updates – as seen from The Edge in The Middle. Adios for now.